For Immediate Release
C​ITY​ ​OF ​FORT SMITH ​SELECTED​ ​BY​ N​ATIONAL​ F​ITNESS​
C​AMPAIGN​ ​AS​ ​ONE ​​OF​ ​TEN CITIES​ ​IN​ ​AMERICA​ ​TO​ ​CURATE​
Jean-Michel Basquiat​
O​UTDOOR​F​ITNESS​C​OURT​® C​OLLECTION
(Fort Smith, AR)June 8th 2022 – Last night during the  ​City of Fort Smith Board of Directors Meeting, a representative from the Mayor’s Office announced the City of Fort Smith has been selected as one of only ten cities nationwide to curate a one-of-a-kind Jean-Michel Basquiat outdoor Fitness Court®.  In addition, Fort Smith received a $30,000 grant from NFC to complete a second Fitness Court featuring a local artist as part of the 2022 National Fitness Campaign.

This unique initiative is designed to activate iconic public spaces by uniting the inspiration of world-class art and life-changing benefits of access to healthy infrastructure and will be the first of its kind in the southern United States. Mitch Menaged, Founder of NFC commented, “National Fitness Campaign is proud to welcome Fort Smith to the campaign as a leader in America.”

The Jean-Michel Basquiat Fitness Court initiative was born in 2020 as part of NFC’s Arts and Culture Series, which supports the NFC Grant Fund nationwide. This unique program features the artwork of the world-renown Jean-Michel Basquiat, one of the most influential modern artists in American history, with a functional outdoor gym, the Fitness Court. Artestar made the partnership possible: a global licensing agency and creative consultancy representing high-profile artists, photographers, designers and creatives.

NFC delivers a comprehensive community fitness and wellness ecosystem built around the highly acclaimed digital Fitness Court®, a free, seven-station, outdoor functional training center built in public spaces. This award-winning initiative is now welcoming its 500th city across America in 2022, following the first campaign in the 1980s with Wells Fargo bank that reached thousands of locations. Our goal over the next decade is to build a Fitness Court within a 10-minute bike ride of every American. Each Fitness Court® drives healthy habits to people across America, building community outdoors, and connecting people in the name of wellness.

Following adoption of the resolution at the Board of Directors Meeting on June 7th, the City of Fort Smith will be inviting leading healthcare organizations, corporations, and local partners to join the campaign and present this program to the community. Organizations interested in participating and being featured nationwide with the City of Fort Smith as part of the Local Artist Fitness Court program are encouraged to contact Jurena Storm, Government Affairs Liaison Jurena.Storm@fortsmithar.gov. To learn more about the National Fitness Campaign or the Local Artist Fitness Court initiative, visit nationalfitnesscampaign.com.

ABOUT Jean-Michel Basquiat:
Jean-Michel Basquiat is one of the best-known artists of his generation and is widely considered one of the most important artists of the 20th century. His career in art spanned the late 1970s through the 1980s until his death in 1988, at the age of 27. Basquiat’s works are edgy and raw, and through a bold sense of color and composition, he maintains a fine balance between seemingly contradictory forces such as control and spontaneity, menace and wit, urban imagery, and primitivism. The Basquiat brand embodies the values and aspirations of young, international urban culture. Basquiat often incorporated words into his paintings. Before his career, as a painter began, he produced punk-inspired postcards for sale on the street and became known for the political–poetical graffiti under the name of SAMO. The conjunction of various media is an integral element of Basquiat’s art. His paintings are typically covered with text and codes of all kinds: words, letters, numerals, pictograms, logos, map symbols, diagrams, and more, and featured multi-panel paintings and individual canvases with exposed stretcher bars, the surface dense with writing, collage, and imagery. Through a generous private donation, the Basquiat Fitness Court is fully funded!

ABOUT NFC:
National Fitness Campaign (NFC) is a wellness-consulting firm – founded in San Francisco, California in 1979 – that offers grant funding, project management and master planning services to cities, schools and sponsors to build the world’s largest network of outdoor gyms. The Fitness Court®​ ​is a scientifically designed system created by National Fitness Campaign. NFC’s mission is to improve the quality of life in cities across America. Learn more about NFC at ​www.nationalfitnesscampaign.com​. 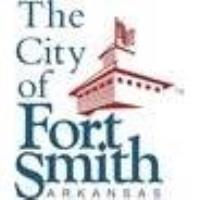