This is part of the $5.9 billion in discretionary funding for the Army Corps civil works program worldwide. The proposed funding will improve the reliability and resilience of the district’s multi-purpose reservoirs and inland waterway navigation system, while enhancing the environment, generating hydroelectric power, providing recreational activities to the public and reducing the risk of flooding.

Also included in the budget is $49.4 million in operations and maintenance funds to provide reliable navigation via the McClellan-Kerr Arkansas River Navigation System. The Three Rivers Study, a three-year study of navigation and environmental issues at the confluence of the Arkansas, Mississippi and White rivers, is proposed to receive $3.2 million in the FY21 budget.

A list of Civil Works projects, programs and activities included in the FY21 budget are available at https://cdm16021.contentdm.oclc.org/digital/collection/p16021coll6/id/42.

Little Rock District manages $6.5 billion in public infrastructure across 750,000 acres of public land and water. We are responsible for more than 300 miles of navigable waterways, 13 navigation locks and dams, seven hydroelectric power plants, 146 public parks, and 12 multi-purpose reservoirs which have prevented more than $5.1 billion in flood damages.

The district’s additional missions include emergency response and regulatory responsibilities in Arkansas.

For more news and information about the USACE Little Rock District visit http://www.swl.usace.army.mil. Find us on Facebook at www.facebook.com/LittleRockUSACE. 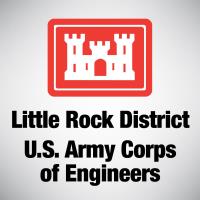